With the advancement of CCD/CMOS sensor technology, many PTZ cameras, such as video conferencing cameras, smart home cameras, and others, have emerged in the consumer-level user field. PTZ cameras are featured with fast running speed, optical zoom, precise positioning, and flexible control methods, and are greatly applied in radio and television production and audio-visual fields, such as: video conferencing, educational recording and broadcasting, etc. Now there are many camera manufacturers have launched corresponding products, such as Sony’s BRC-H780 broadcast-grade PTZ camera, Lumens’ VC -BR70H video conferencing 4K PTZ camera, with resolutions evolving from HD to 4K.

The NDI® technology introduced by NewTek transmits high-quality audio and video images with low latency and high efficiency, but also transmit PTZ commands. As an official partner of NewTek, Kiloview NDI® encoders now receive PTZ commands sent from the NDI® decoder and convert them into protocols that can be recognized by ordinary cameras to realize the actual scene control of PTZ. (See blog: What is NDI? Why is NDI technology favored by the market?) 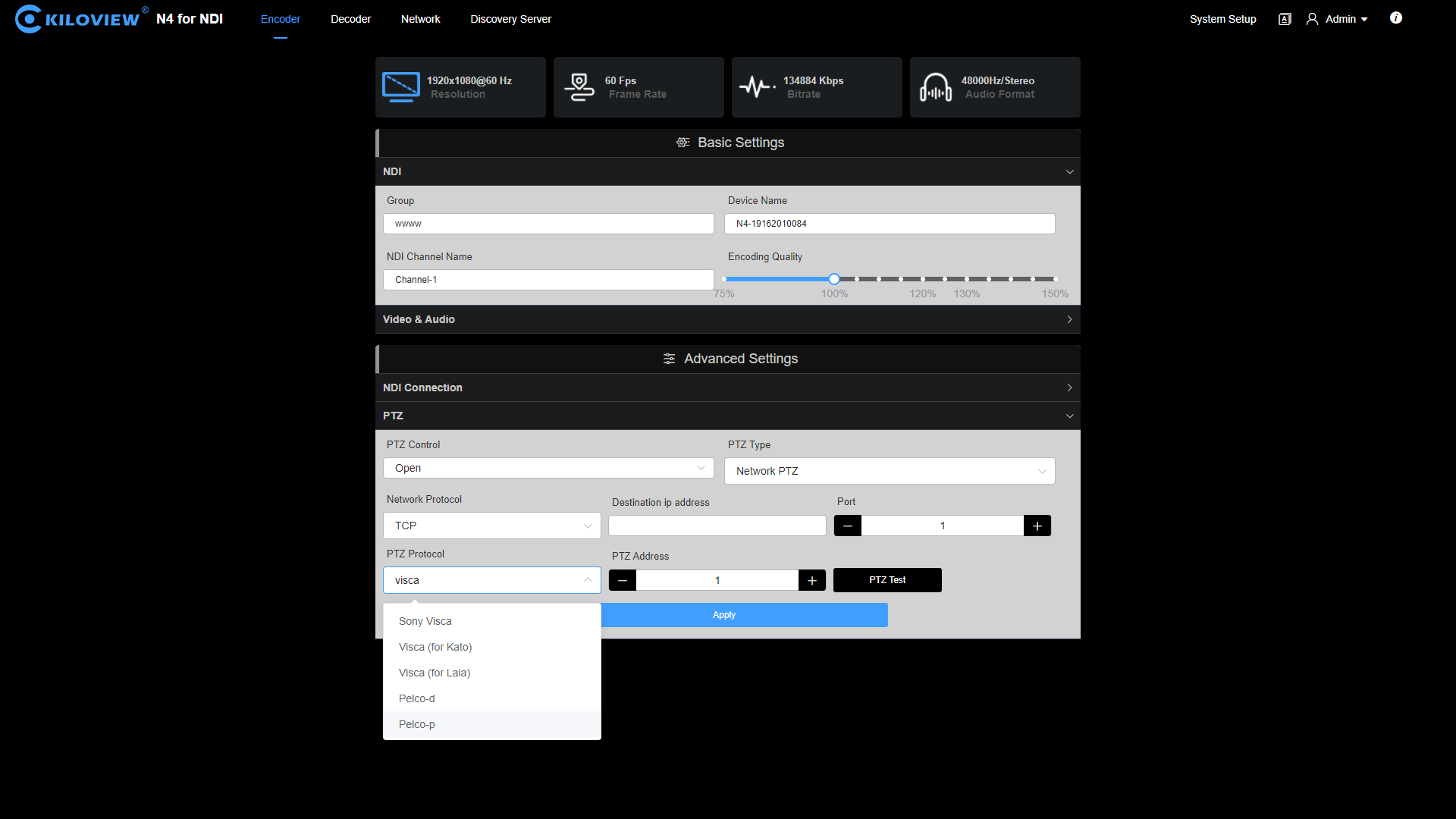 For a commonly used camera, you need to connect the HDMI cable and PTZ control cable to the NDI® encoder at the same time by connecting NDI® encoder via USB to RS232/RS422/RS485 converter. You can receive the PTZ commands converted from Kiloview NDI® encoders for control with Visca/PELCO-D/PELCO-P and other protocols. The receiving end is a Kiloview NDI® converter or a software end that supports NDI® PTZ control. The connection scheme is shown in the figure below:

Kiloview NDI® converter’s backend can also simply implement PTZ control functions, such as opening and closing the camera, adjusting various directions of movement and movement speed, preset points, automatic scanning, zooming and other controls. In addition, the control on the decoder side can also replace the PTZ camera controller with a small keyboard, which makes it more convenient and low-cost to operate the PTZ control on the camera. 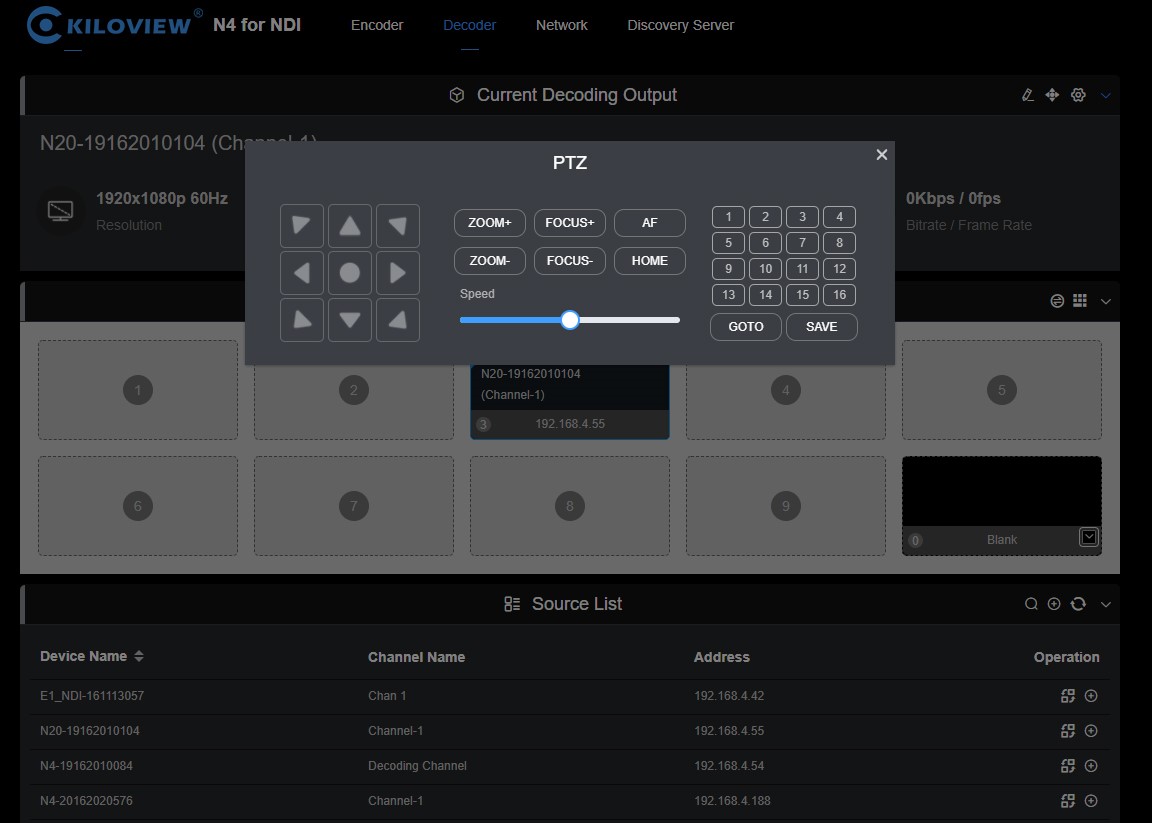